The project file Inline Amplifier.osd shows the characterization of an inline amplifier setup in a single erbium-doped fiber stage, pumped by one 980 nm-pump laser.

After sweeping iterations over the signal input power, the amplifier performance can be checked in the graphs shown in Figure 1. 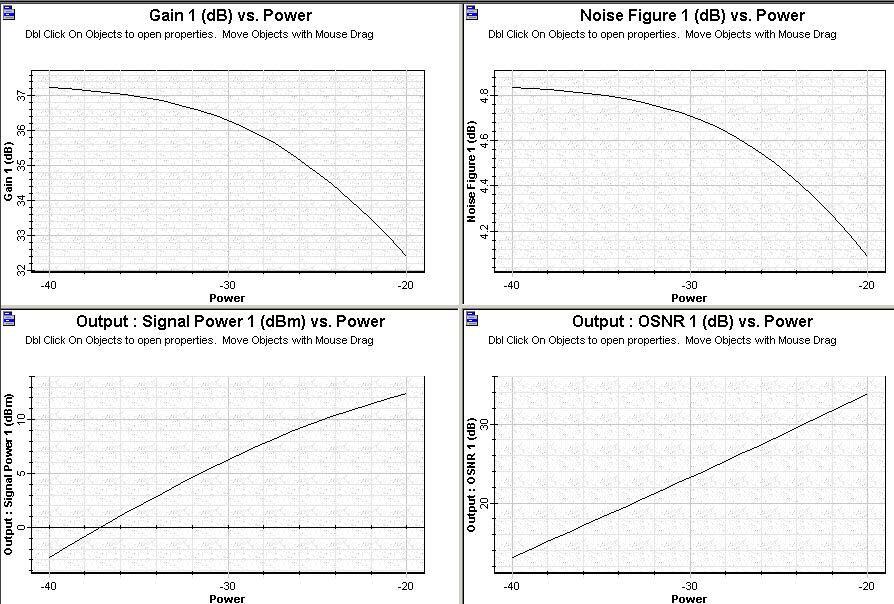 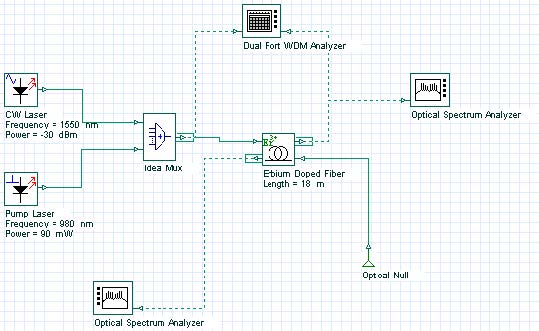 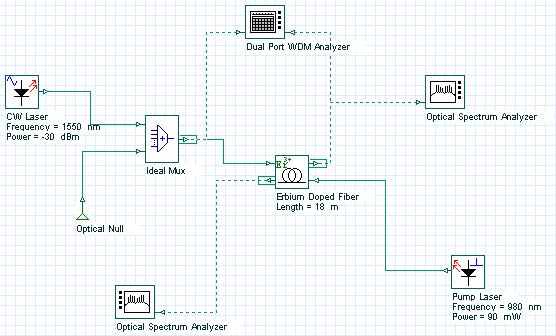 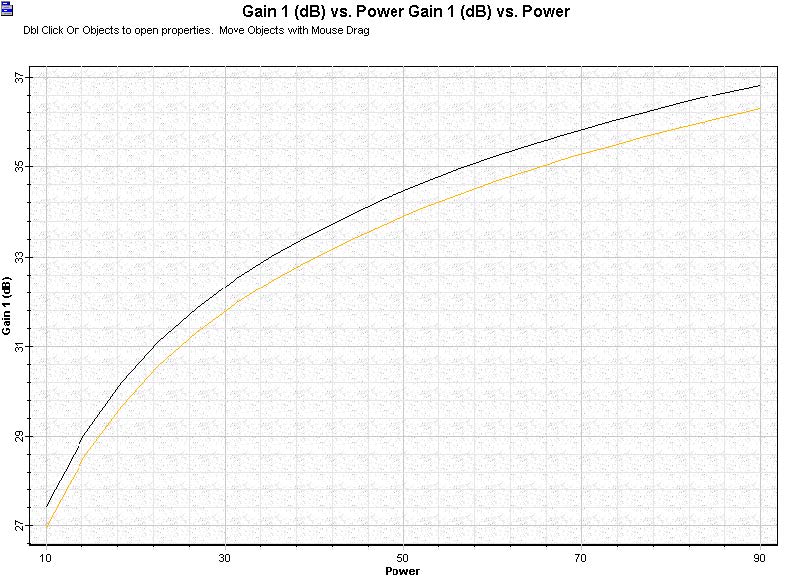 Figure 4: Comparing gain performance of an EDFA setup in a co- and counter-propagating pump scheme

Different parameters can be changed in this example, in which the new results are compared with the previous ones. The wavelength pump power equal to 980 nm, considered in the three different layouts included in this project file, can be substituted with 1480 nm, for example. Different pump power, signal wavelength, and fiber parameters can be considered to perform additional simulations.