Two new optical devices, ideal circulator and ideal isolator were added to the S-Edit library and OptiSPICE models.
Ability to use Verilog and optical models in the same circuit was added.
A new optoelectronic gyroscope example to the S-Edit library was added. A tutorial for this example is included under the documentation folder.
Licensing driver installer added to the Tanner OptiSPICE Plugin package. 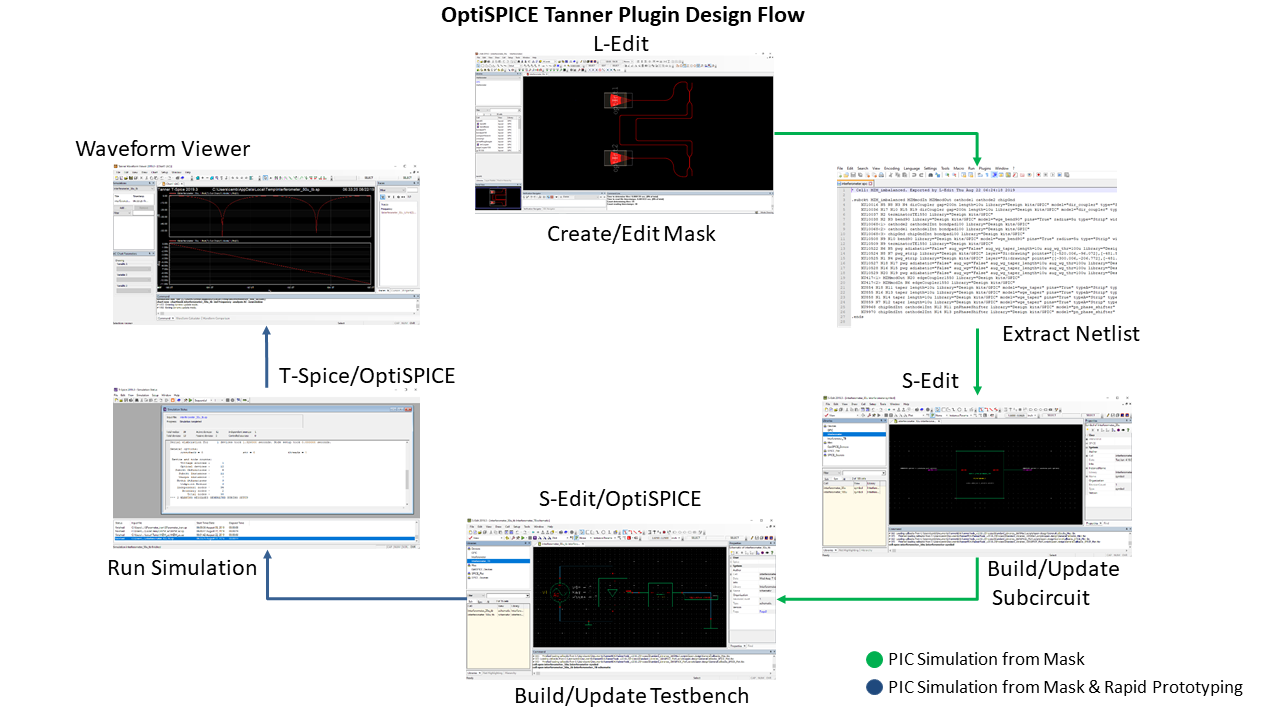 OptiSPICE optical models use slowly varying envelope approximation to model the behaviour of optical signals as they travel through various devices. Complex valued bidirectional optical signals are separated into individual channels with unique optical carrier frequencies. It is possible to use OptiSPICE optical models combined with T-Spice electrical devices to perform rapid prototyping and design verification. 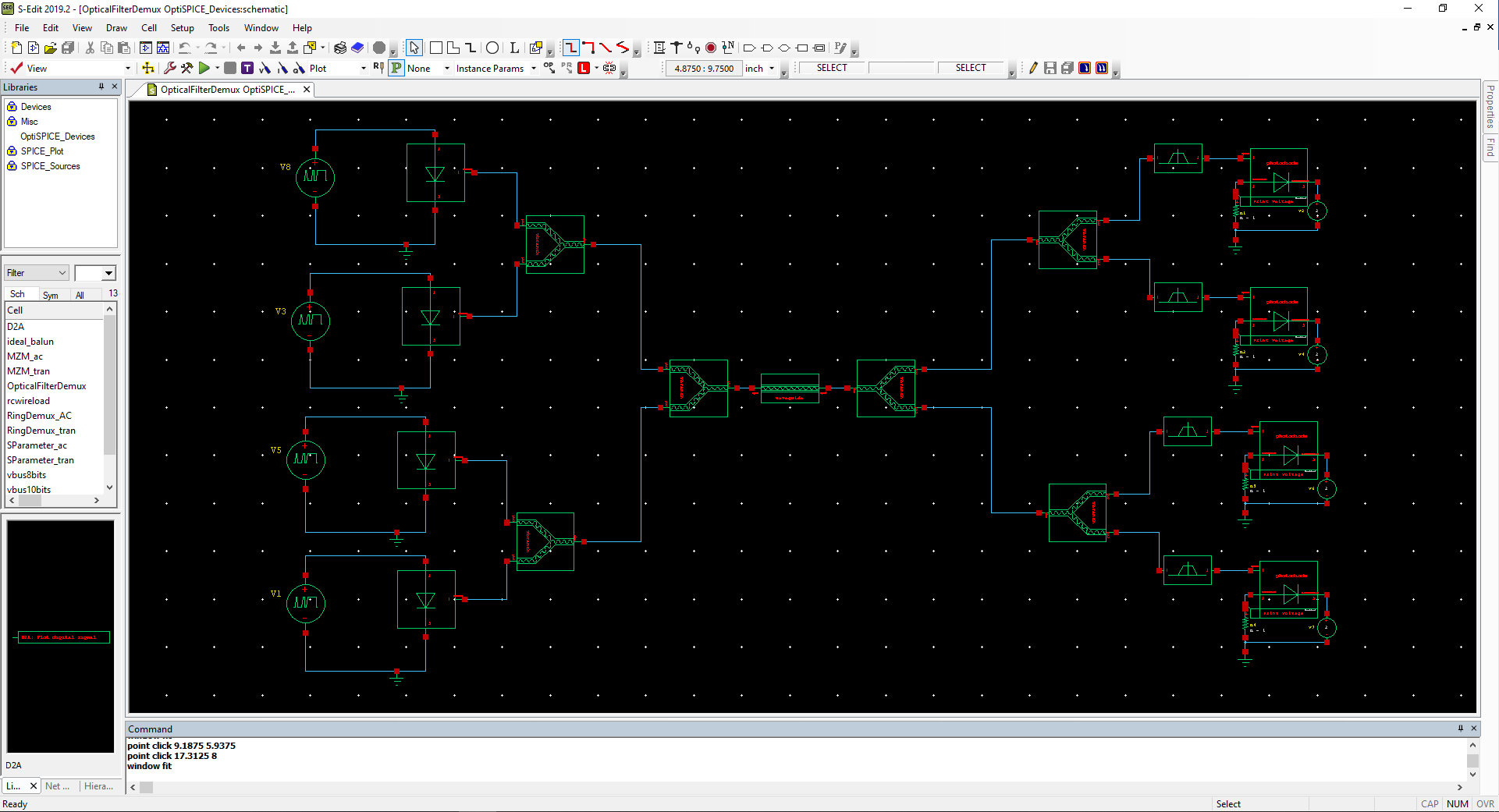 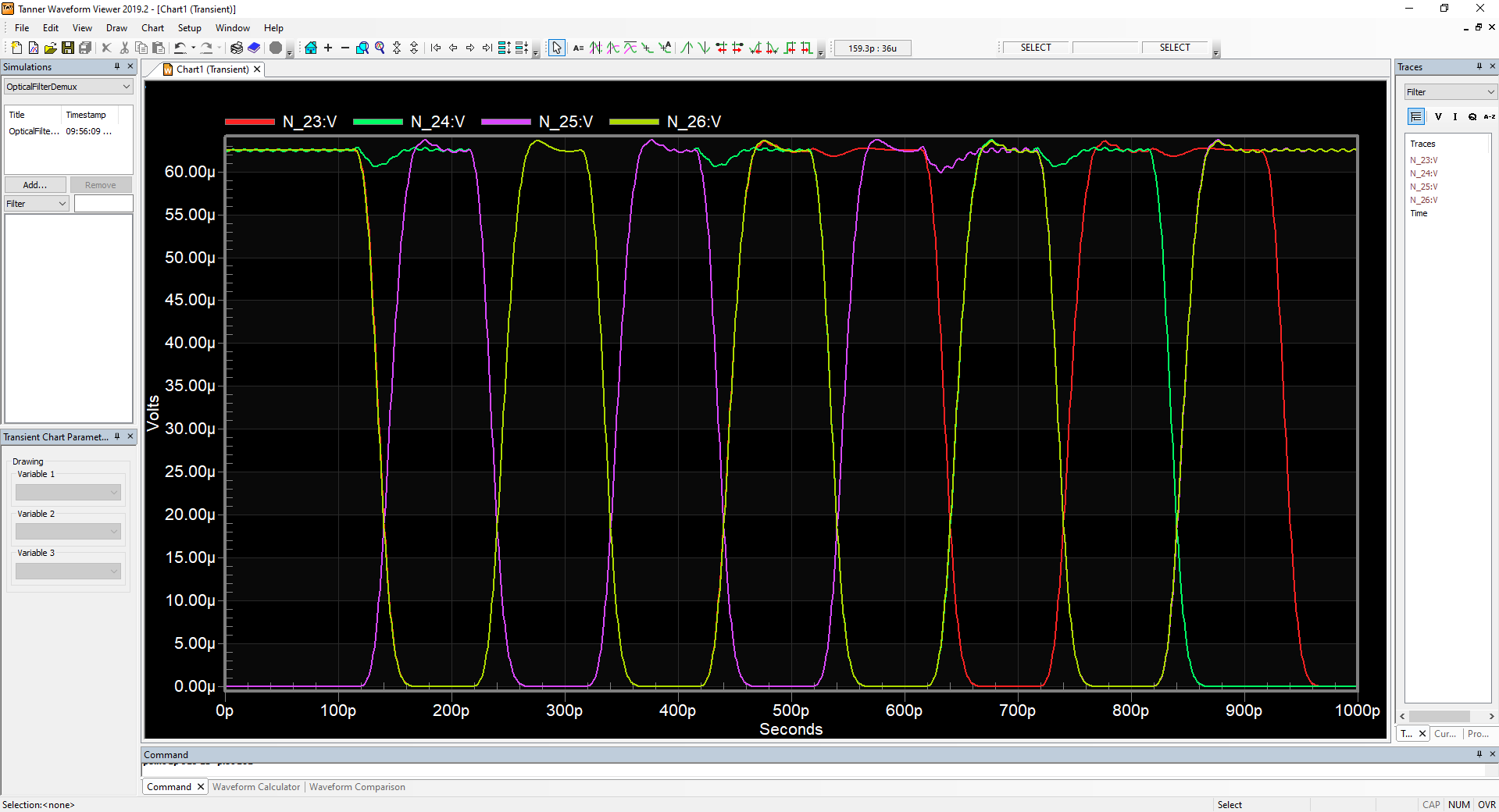 The main advantage of having optical models built into the Tanner EDA is the ability to verify optical mask designs before fabrication. Users can extract a netlist from their mask design via L-Edit, build a test bench with optical and electrical devices in S-Edit and run simulations using OptiSPICE Tanner plugin. This workflow allows the user to create and test either a single device mask like an MZI or a fully featured optical chip like a coherent transceiver. 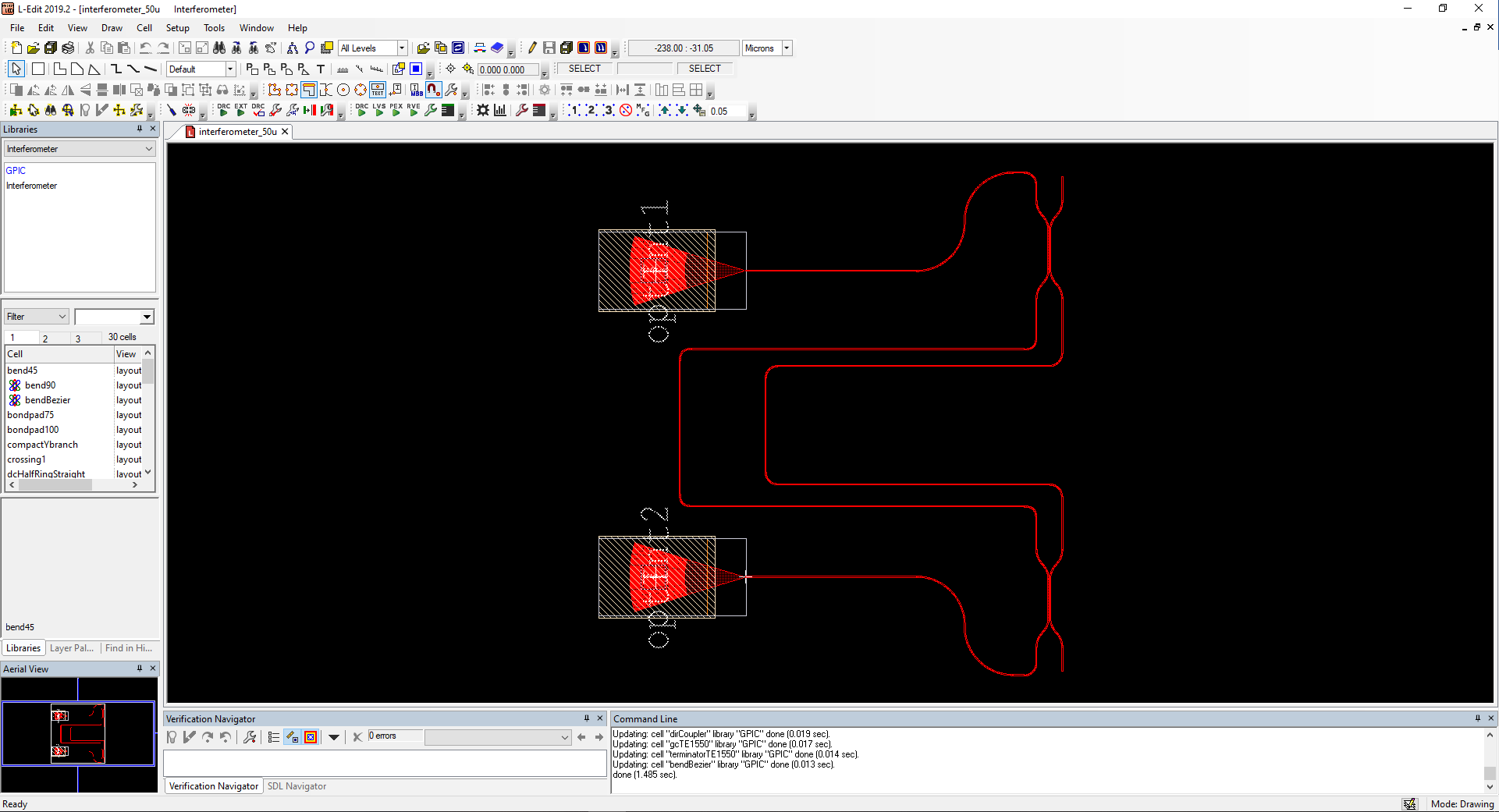 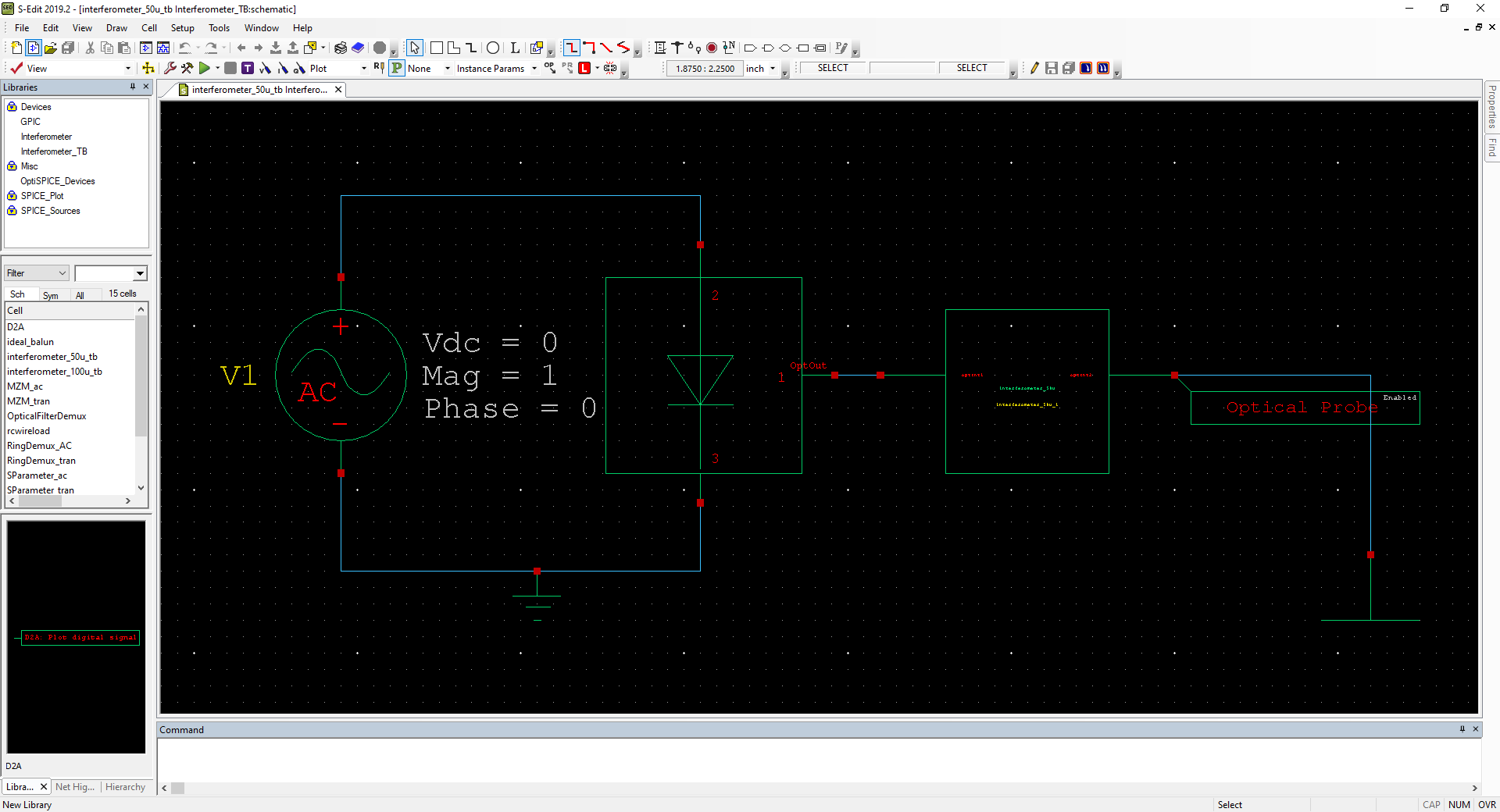 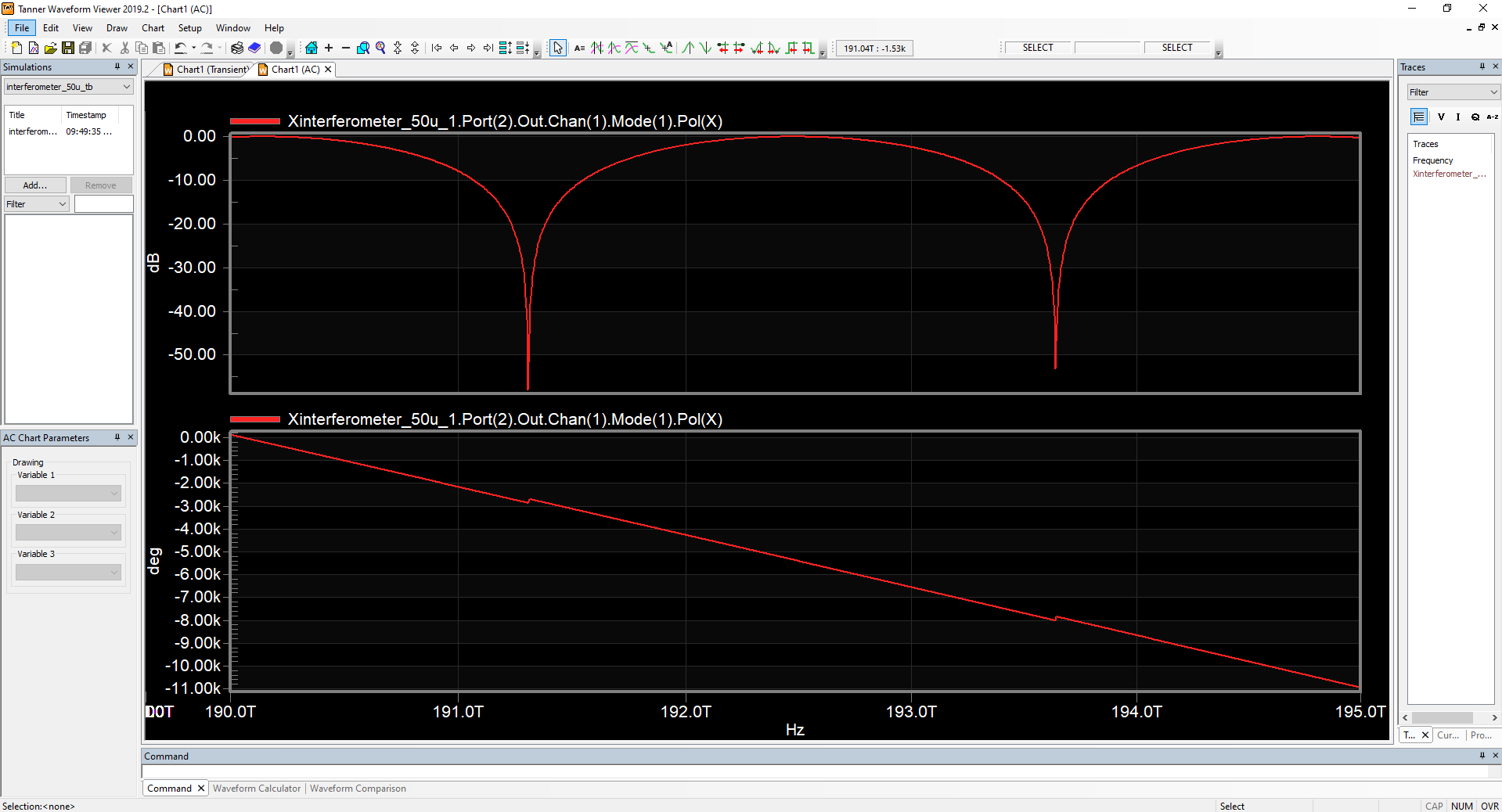