The purpose of this lesson is to demonstrate light amplification resulting from the stimulated Raman scattering effect.

The layout with its global parameters is shown in Figure 1 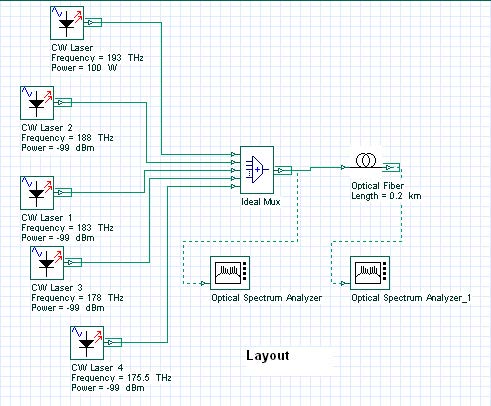 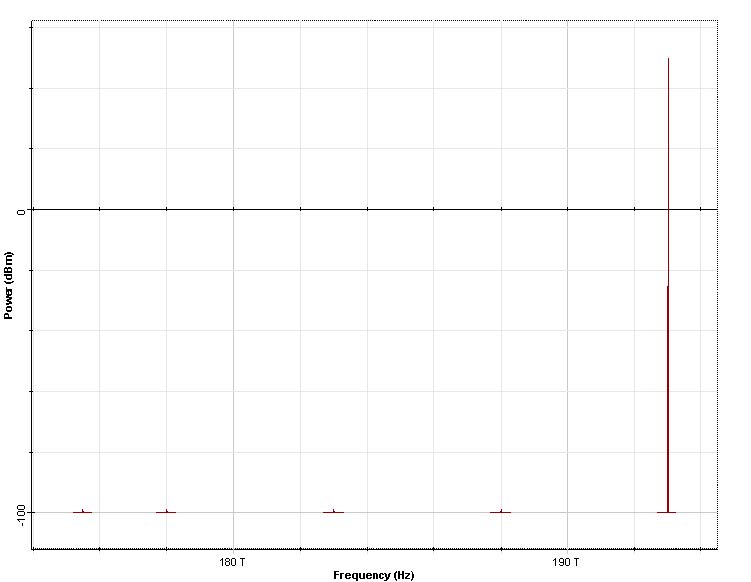 The fiber parameters are relevant to SMF-28 and are specified as “wavelength dependent” (from data files). Constant step-size is used with the maximum nonlinear phase shift equal to 5mrad and the nonlinear refractive index is:

The fractional Raman contribution is ρ = 0.18.

The output spectrum (after 200m of propagation) is shown in Figure 3. 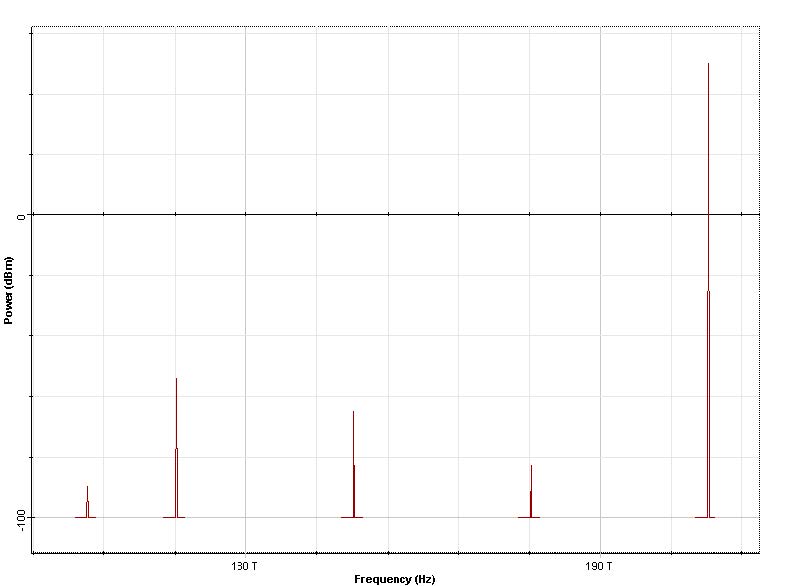 The gains obtained from Figure 3 are summarized in Table 1.
Table 1 Numerically obtained dependence of the gain on the probe frequency.

The pump power is 100W and the pump frequency is 193 THz. Fiber length is 200m.
On the other hand, the gain coefficient is given by:

and using the fiber data, it is shown that the numerical results are in agreement (see table 2) with the formula in [1]. 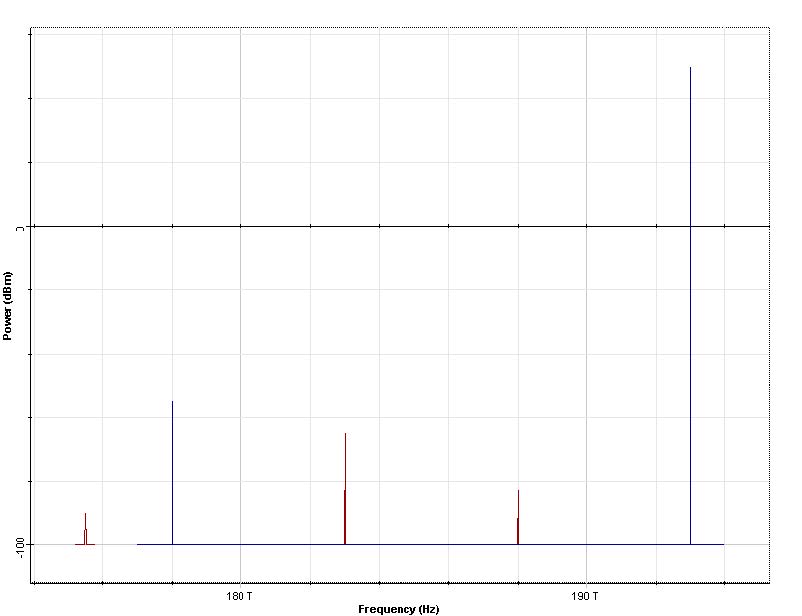 Figure 4: Same asFigure 3, but the pump and one of the signals are converted to “parameterized”.