The project file Preamplifier.osd shows the characterization of an inline amplifier setup in a single erbium-doped fiber stage, pumped by one 980 nm-pump laser in a co-pump scheme.

A small signal input power is considered in this case, where results with high gain and small noise figure values are desirable. The erbium doped fiber length is swept from 6 m to 15 m to enable the checking of the gain, noise figure, output power, and OSNR as a function of fiber length. The pump wavelength considered in layouts “Pump 980 nm” and “Pump 1480 nm” is 980 nm and 1480 nm.

In both layouts, signal input power is -35 dBm at 1550 nm. The performance of the preamplifier with respect to the wavelength pump can be checked in the graphs of gain, noise figure, and output power.

The basic layout used in this preamplifier example is shown in Figure 1, where just the pump wavelength is changed from 980 nm to 1480 nm in the component Pump Laser 1.0. 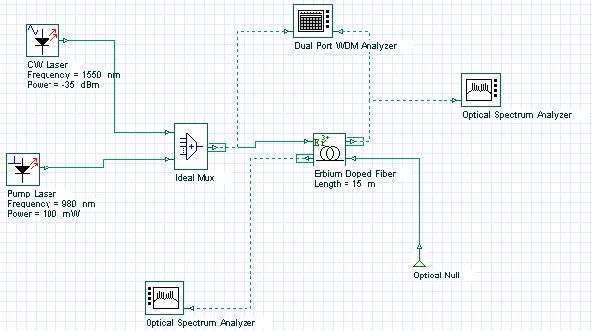 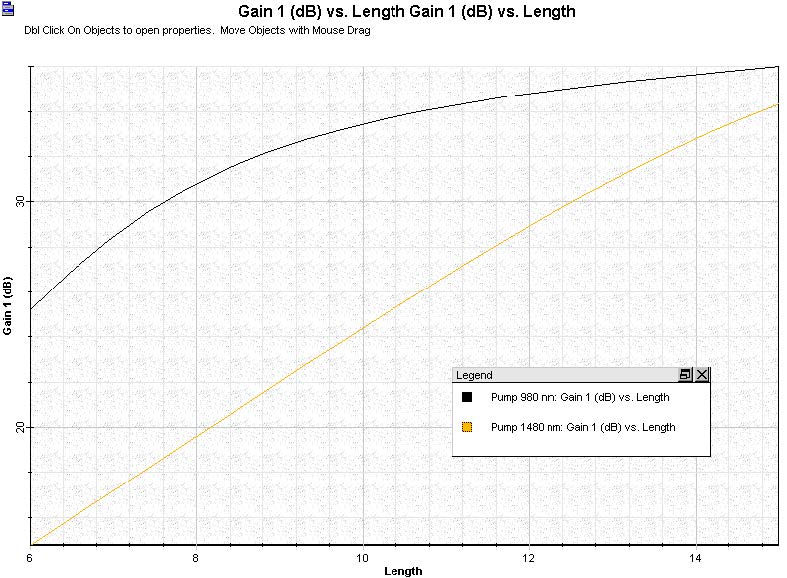