In this tutorial, we demonstrate a ring switch that adds or drops channels by controlling the index of a ring resonator. 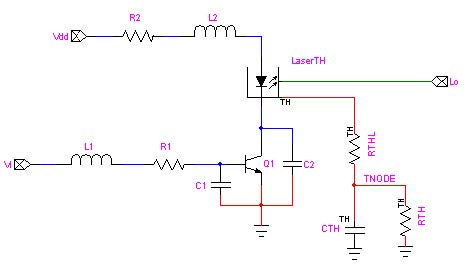 The laser is driven by a DC voltage source ‘Vi’ so that the laser output is CW with the wavelength of 1558 nm. It is amplified by the optical amplifier ‘OptGain1’ and then modulated by a ring resonator ‘RingModulator’. RingModulator has voltage controlled index which is controlled by a small negative voltage (peak negative -0.15 mV) by the node ‘vcmod’. The node ‘vcmod’ is connected at the negative terminal of the bit generator ‘ModBitIn’. When the controlling voltage reaches a certain negative value (when logic 1), the RingModulator transmits it through the through port and at other times (logic 0) it drops the channel. As a result it behaves as a modulator to modulate the optical power according to the bit sequence input.

The modulated output is connected to the second ring resonator, ‘RingFilter’. Index of Ringfilter is controlled by the voltage at the node ‘vcfilter’ set by a piece-wise-linear voltage source ‘VfilterIn’. The transient voltage waveform by the source VfilterIn is given by Figure 3. 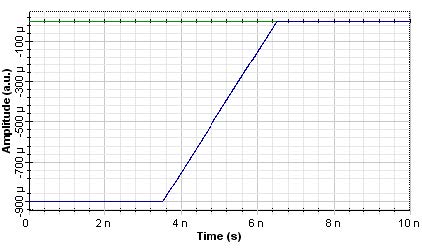 Figure 3: Voltage of the source VfilterIn

Transient analysis for this circuit is performed for 10 ns time period.Figure 4 shows optical power after OptGain1 and the Ringmodulator output. Figure 5 shows the output at through port and drop port respectively. Figure 6 shows voltages at Vout1 and Vout2.

From the graphs you can clearly observe the phenomenon of adding and dropping of channel according to the RingFilter control voltage given by Figure 3.

Figure 6: Voltages at Vout1 and Vout2