An optical communication system consists of a:

The role of the optical transmitter is to:

•convert the electrical signal into optical form, and

•launch the resulting optical signal into the optical fiber.

The optical transmitter consists of the following components:

The launched power is an important design parameter, as indicates how much fiber loss can be tolerated. It is often expressed in units of dBm with 1 mW as the reference level. 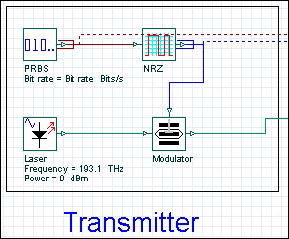 In order to observe the effects of loss and dispersion in the optical signal, you can change the values of fiber length and visualize the degradation of the signal at the receiver stage. 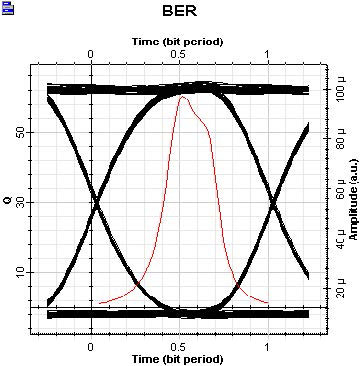 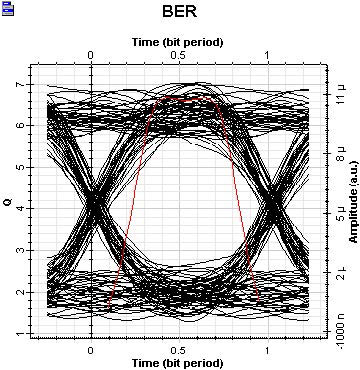 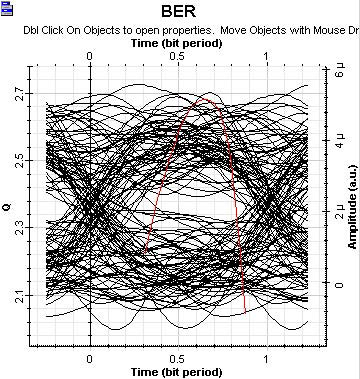 The receiver consists of the following components: 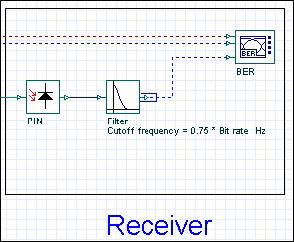 Often the received signal is in the form of optical pulses representing 1 and 0 bits, and is converted directly into an electrical current. Such a scheme is referred to as intensity modulation with direct detection (IM/DD). Demodulation is achieved by a decision circuit that identifies bits as 1 or 0, depending on the amplitude of the electrical current.

The performance of a digital lightwave system is characterized through the bit-error rate (BER). It is customary to define the BER as the average probability of incorrect bit identification. Most lightwave systems specify a BER of 10-9 as the operating requirement.

In the sample BER Analyzer diagram shown in Figure 2, a laser output power of 0 dBm and 105 km of fiber length will have a BER close to 10-9. 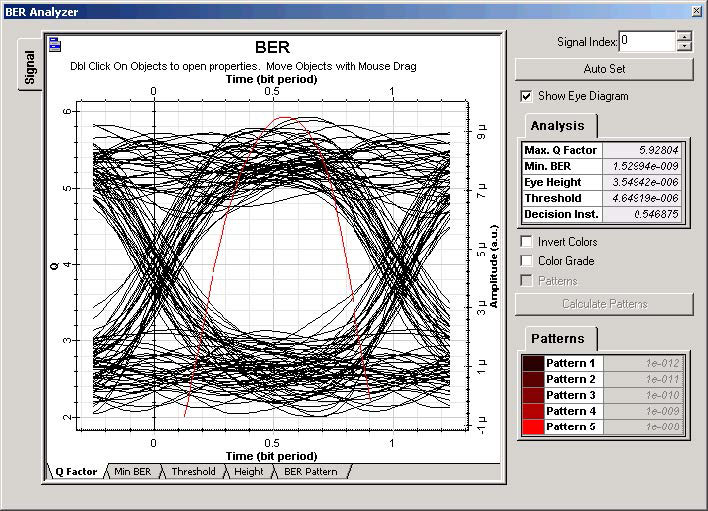 The design of an optical receiver depends largely on the modulation format used by the transmitter. Receiver Design.osd details a digital receiver whose components can be arranged into three groups:

The linear channel has a low pass filter that shapes the pulse. The receiver noise is proportional to the receiver bandwidth and can be reduced by using a low-pass filter whose bandwidth is smaller than the bit rate. The pulse spreads beyond the time slot – the spreading can interfere with the detection of neighboring bits, which is the phenomenon referred to as intersymbol interference (ISI).

When you set the attenuation to 0 dB, the ideal eye diagram seen in Figure 4 is generated. 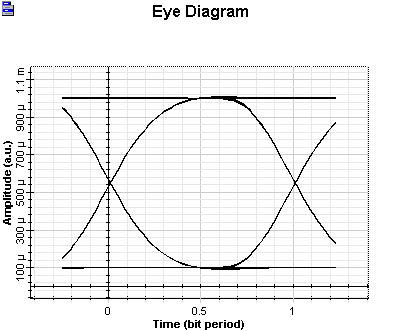 If you set the attenuation to 21 dB, the degraded eye diagram seen in Figure 5 is generated. 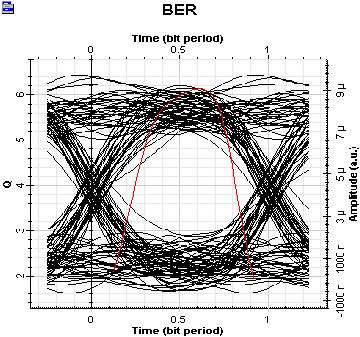 The decision circuit compares the output from the linear channel to a threshold, at a decision instant determined by the clock recovery circuit, and decides whether the signal corresponds to bit 1 or bit 0. The optimum threshold level is calculated for each decision instant in order to minimize the BER (see Figure 6). 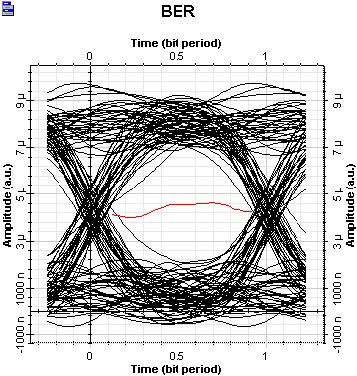