Bloch’s theorem tells us that for periodic structure, field components have the
following properties:

where R is the lattice vector, k is the wave vector. Equation 60 is the boundary
condition used in the OptiFDTD band solver.

Unlike conventional FDTD simulations where time domain excitation is continuous
wave and lasts on only some time steps, the FDTD band solver sets the initial value
in the first time step, and this initial field is expected to have non-zero projection on
the normal modes we are interested in. 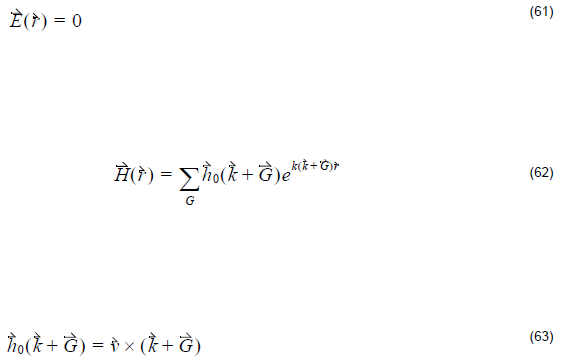 is chosen as the unit vector along the Cartesian system coordinator.