Silicon nanowire arrays are suggested to be promising candidates for photovoltaic cell research, due to the advantage in its short collection length and efficiency. FDTD simulations can help researchers and designers in this area to validate and optimize device dimensions, working bandwidth, and efficiency.

Using OptiFDTD, a simulation of the following published paper was accomplished with matching results:

We model silicon using the advanced Drude-Lorentz simulation model included in OptiFDTD. Silicon material between 300nm and 800nm is very dispersive with the absorption factor. For dispersive materials, the Drude-Lorentz model contains both material intraband effects ( usually referred to as free-electron effect) and interband effects (usually referred as bound-electron effect) based on the measured refractive index data.

Users can drag and drop these sophisticated models from the material library into their project. 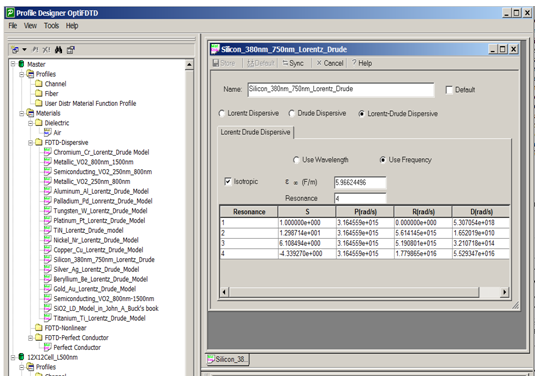 The Drude-Lorentz model in the frequency domain can be expressed as:

The following graph illustrated the permittivity of silicon from the measured data and the built in Drude-Lorentz model. 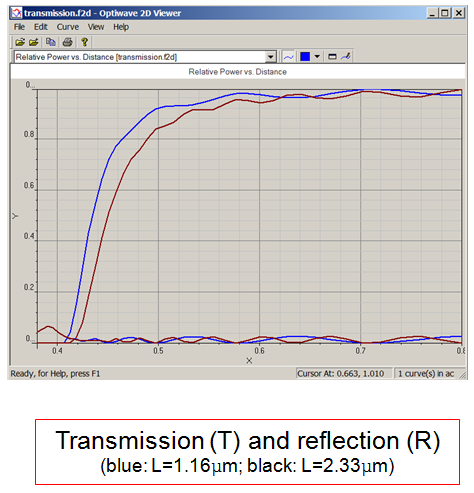 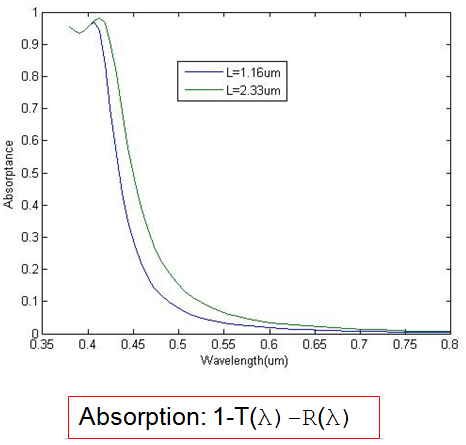