The large negative electric permittivities of noble metals permit the design of sub-wavelength optical guiding structures. In particular, the negative permittivity allows guided modes to exist at single interfaces between the metal and a positive dielectric. These Surface Plasmon Polaritons (SPPs) have extreme electric intensities near the metal-dielectric interface and are commonly used in sensing applications, since they are sensitive to any changes near the interface. Using a 2D mode solver the guided modes of 3D structures can be found.

The vector finite element method (VFEM) mode solver accepts materials with complex electric permittivities and is formulated with vector basis functions that are particularly well suited for modelling high contrast dielectric interfaces. A good example of this ability is when the VFEM mode solver is applied to plasmon polariton guiding structures.

The structure under study is shown on the reverse side as the black contour line, and consists of a core region of silver surrounded by a dielectric with permittivity 4. The silver material has a permittivity of –19 – j0.53 at a wavelength of 633 nm [1]. This guiding structure does not only consist of a high permittivity contrast, but also has a high aspect ratio as it is much wider than it is thick.

Using combinations of symmetric boundaries and classifying the modes as in [1], a dispersion plot of the modes with respect to the waveguide thickness is shown in Figure 1. All of the modes have a major Ey component, which is consistent with the TM modes found for an infinitely wide structure. 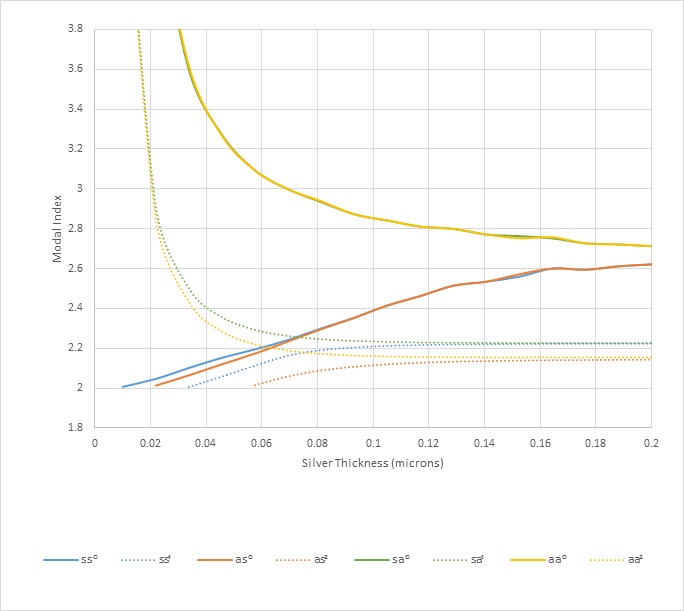 Figure 1: Modal index as a function of silver thickness

For small values of the thickness some of the modes exhibit low loss, for example the ss0 mode, where the Ey component is symmetric about x and y axes. The ss0 mode is of considerable interest, because in addition to its low loss, its Poynting vector is similar in shape to the fundamental mode of an optical fiber (HE11) [1].

The real part of the Ey field is plotted in the figures below for some different modes of this waveguide. The modes are classified according to the symmetry of the Ey field about the y and x axes, “s” and “a” for symmetric or asymmetric. A superscript is added that describes the number of extrema along the x axis [1].