The objective of this lesson is to demonstrate the performance of ytterbium-doped fiber amplifiers.
First of all, the gain spectra are analyzed for the pump wavelength at 910 nm and with different input pump powers: 1mW, 10mW and 30mW. The system used in the simulation is shown in Figure 1.

The parameters used in this simulation are displayed in Figure 1, and they have similar values to those presented in [1], except with regard to the values of the absorption and emission cross-sections. Nevertheless, the results found are in good agreement with the results presented in [1]. 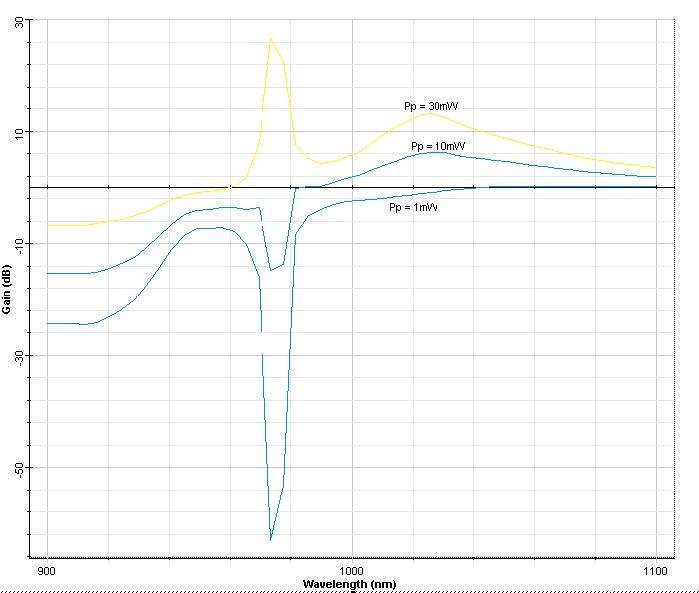 In a second case, the gain spectra are calculated for two different pump wavelengths, 910nm and 975nm. The system layout simulated is showed in Figure 3, and the fiber parameters used are similar to the parameters used in the previous example.

The results obtained in the simulation are shown in Figure 4. 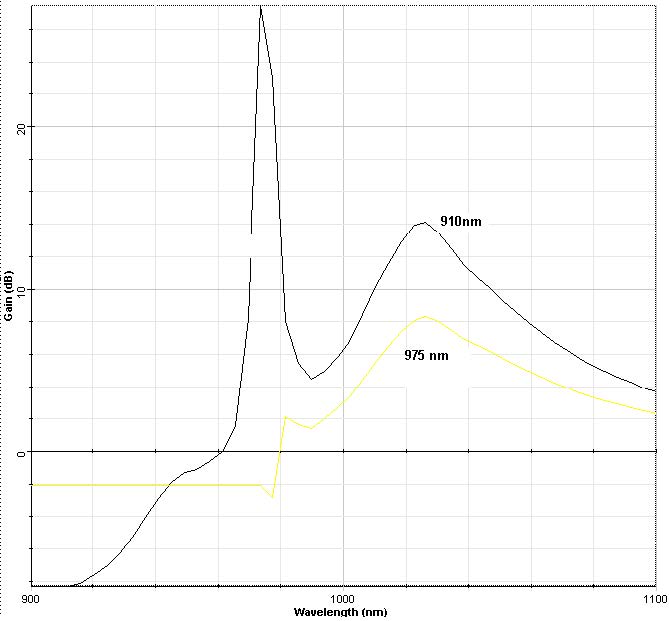 The EDF parameters used in this simulation are similar to those used in [2]. The forward and backward output power is calculated for input signal power varying from -30dBm to -30dBm for co-pumped and counter-pumped configurations. Figure 6 shows the results. This figure is equivalent to Figure 2 of [2]. 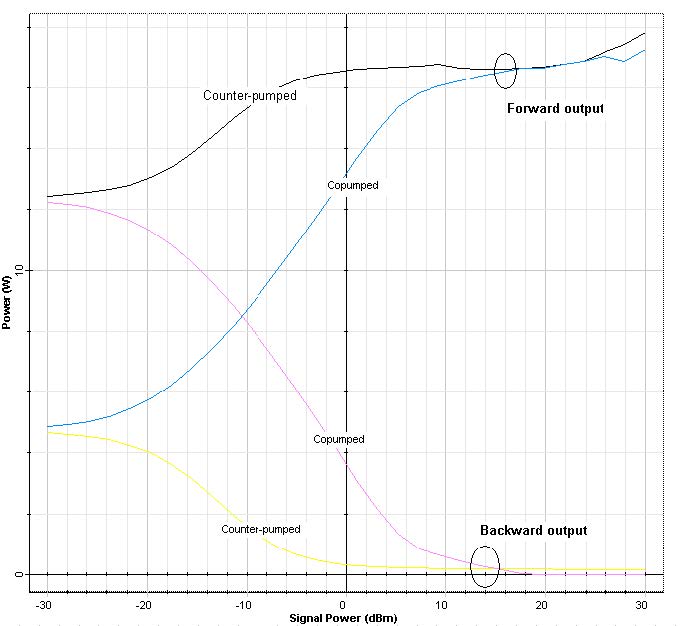