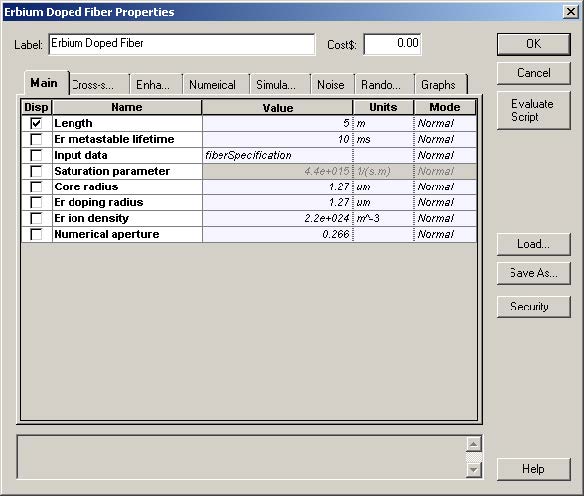 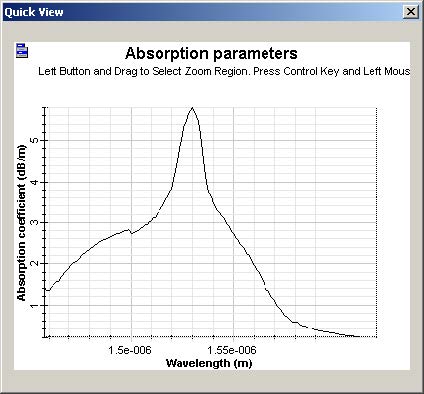 Figure 2: (a) Main tab with the parameters used in the simulations (b) Absorption coefficient loaded 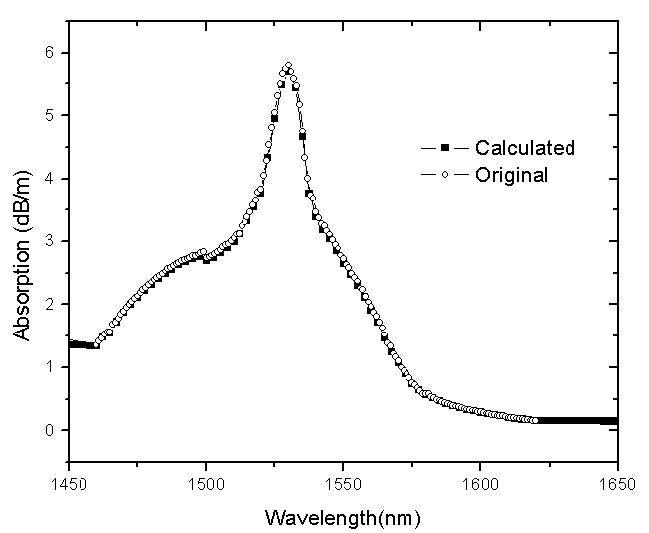 Figure 3: Comparison between the original and the calculated absorption coefficient

To consider the temperature dependence in the Erbium-doped fiber component, Include Temperature Effect on the Enhanced tab must be selected, and the temperature that the cross sections (loaded) were measured at must be provided.

Here, the original cross sections (Figure 2b) were measured at 20°C. Finally, user the current temperature must be defined in order for it to be considered in the simulation temperature parameter. Figure 4 shows an example using 80°C for the simulation. 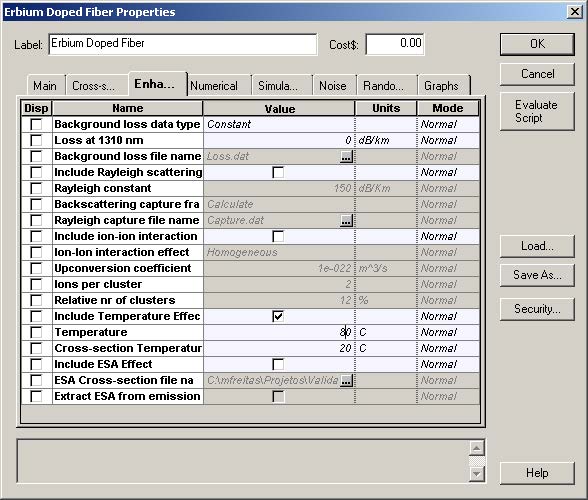 These results seem in good qualitative agreement with presented studies in [1][2]. The same approach can be taken to analyze temperature dependence in the gain coefficient. However, the procedure and the system setup used to calculate the gain coefficient will be different, because it will be necessary to find the fluorescence spectrum. 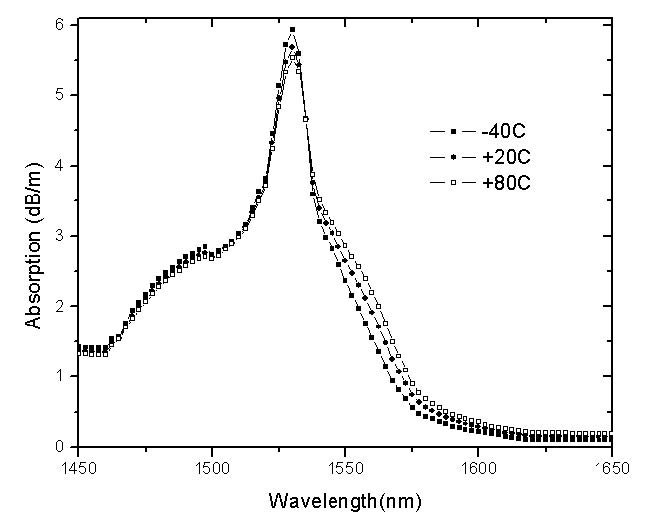