OptiSPICE is used to design the optical transmitter and receiver. First, the design of the laser driver for the transmitter and the photo-detector circuit for the receiver in OptiSPICE is reviewed and then integrated into OptiSystem for the NRZ transmission system.

Figure 1 provides an overview of the design flow required to perform a successful OptiSPICE and OptiSystem co-simulation.

Initially, when retrieved from the Optiwave Software Tools Library of OptiSystem, the OptiSPICE NetList component in OptiSystem does not have any allocated ports (this is because the OptiSPICE design information is not yet configured (Figure 2)) 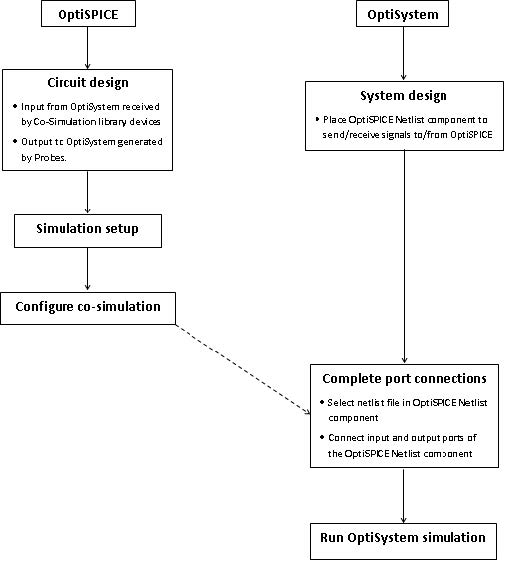 For example in Figure 6 an Electrical Input – Isource component has been added (auto-labelled as “ElecInput_V1”) to the LaserDriver schematic to receive an NRZ Pulse Generator voltage input from OptiSystem. Similarly, in Figure 7, the “OptInput1” component has been added to the ReceiverProject schematic to receive the optical signal that has traversed the 360 km optical fiber link. Once all planned inputs have been created (multiple OptiSystem inputs are permitted) and probes have been placed to create the planned output ports to OptiSystem (for example the “M” probe at the output of “Laser1” in the LaserDriver schematic; the “Configure Co-simulation” function is selected from the OptiSystem tab. This action creates the OptiSPICE netlist as well as input/output port information.

Following the creation of the OptiSPICE NetList, it is then possible to double-click on an OptiSPICE Netlist component on OptiSystem and to browse for the NetList filename that you wish to associate with this component (see Figure 3). Once the file name has been selected and OK is selected from the OptiSPICE NetList Properties dialog, the input and output ports are displayed, as shown in Figure 4. 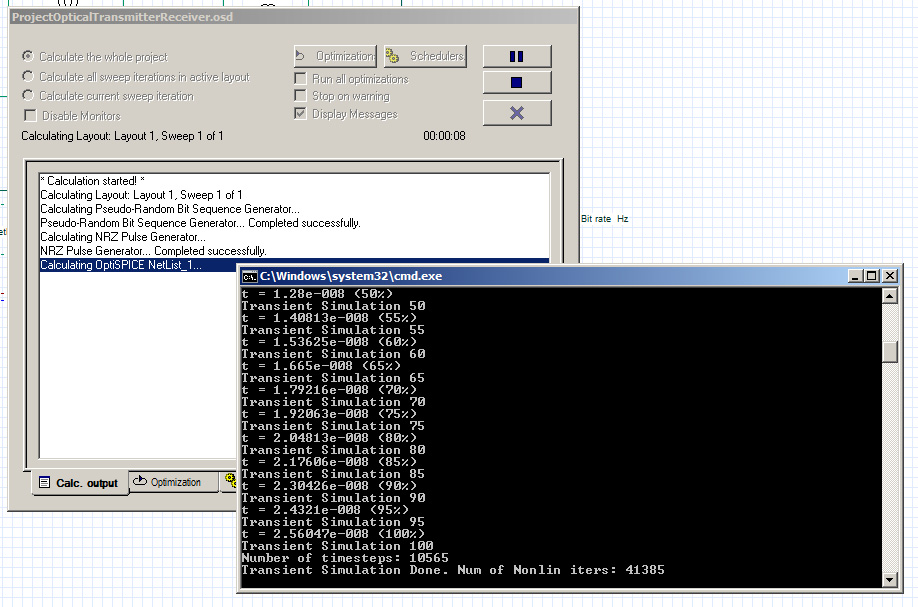 Figure 5: Launch of the OptiSPICE simulator during the OptiSystem calculation run

The laser driver schematic in OptiSpice is presented in Figure 6. The circuit is a differential current switch designed with two NPN transistors in a differential configuration. The electrical input is the bit pattern to modulate the laser light and a 5 volts DC power supply is used to bias the circuit. An optical terminator is connected to the output of the laser as the output port of the system. 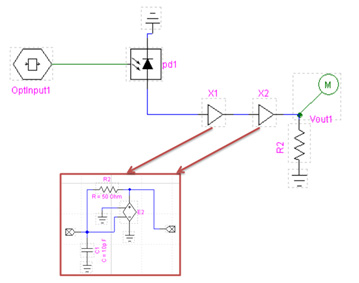 To integrate these two designs in OptiSystem, we need to create the Netlist for each schematic. This can be done by clicking on the “OptiSystem” tab within the OptiSPICE Schematics Editor and selecting “Configure Co-simulation”. OptiSPICE then generates the “filename.sp” file in the same directory. For example if the LaserDriver.osch schematic is opened in OptiSPICE, the LaserDriver.sp Netlist file will be generated within the same directory.

Figure 8 demonstrates the simulation setup for the NRZ optical transmission. The transmitter is the laser driver designed in OptiSpice and transferred to OptiSystem using the OptiSPICE Netlist component located in the “Optiwave Software Tools” library. Drag the component inside the layout and double-click on it. As it can be seen in Figure 9, choose the <*.sp> file from the directory.

The receiver is the photo-detector circuit designed in OptiSPICE. The same procedure is used to load the design to OptiSystem. A low-pass Bessel filter is used to remove RF noise and a BER analyzer to see the eye diagram and measure the BER. As it can be seen, the eye is open and the transmission is error-free (see Figure 10). 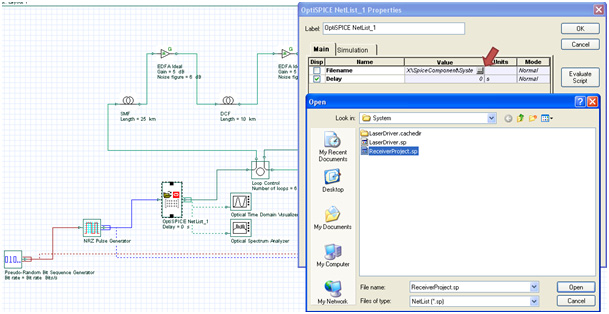 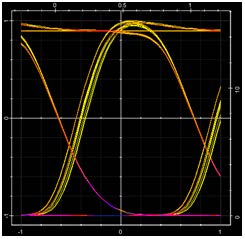