This lesson demonstrates two of the ion-ion interaction effects on EDFAs:

As explained in the technical description, the ion-ion interaction effects relate to the issue of energy transfer between rare earth ions. When the local concentration of rare ions becomes high enough, it is no longer valid to assume that each ion is an isolated ion that acts independently of its neighbors. This can have a negative impact on amplifiers performance when the upper state of an amplifying transition is being depleted by energy transfer.

To demonstrate the impact of homogeneous upconversion in the EDFA, the system shown in Figure 1 was simulated for different fibers and the gain was analyzed.

First, to characterize each fiber, a new parameter is defined. The upconversion lifetime [1]:

where nt is the concentration of erbium ions, and Uc is the two particle upconversion coefficient.

Simulations were done for four fibers: one with no homogeneous upconversion effect, and three with upconversion lifetimes of 1 ms, 2 ms and 5 ms.

Figure 2(a) shows the tab set up for a fiber without homogeneous upconversion and Figure 2(b) considers the upconversion lifetime of 1 ms. 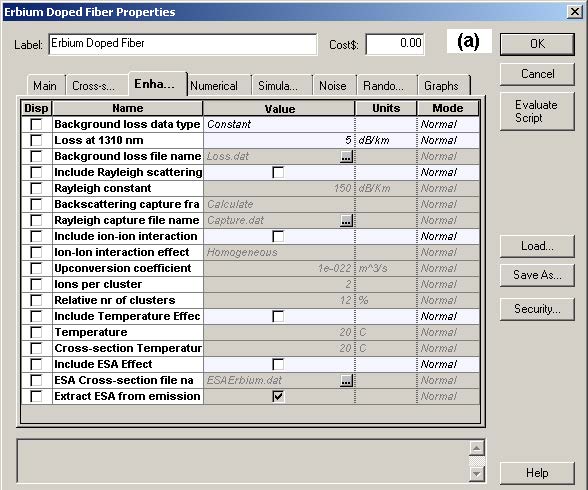 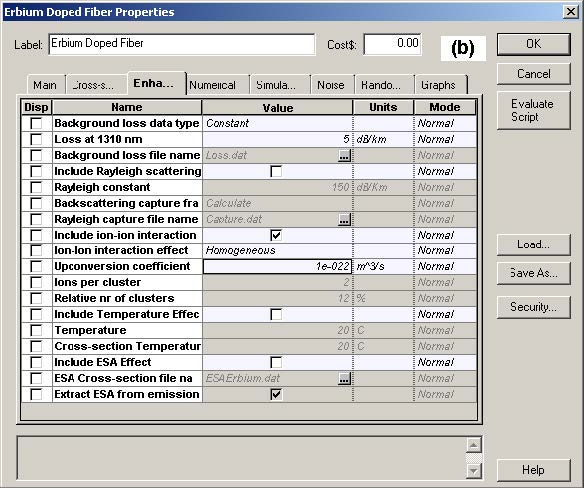 Figure 2: Enhanced tab setup for a fiber (a) without and (b) with homogeneous Upconversion effect

After the simulations, the gain versus pump power curves were plotted for each fiber. Figure 3 shows the results found in the simulations. This result shows the degradation in the performance of the EDFA due the upconversion effect. To compensate for the decrease in the gain, the pump power has to be increased. These results agree well with those in [1]. 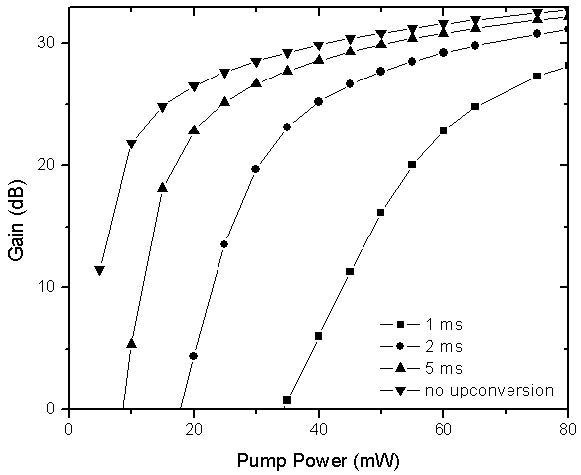 Because of its dependence on ion concentration, homogeneous upconversion is negligible at low concentrations.

The PIQ effect means that the energy transfer rate between two or more ions is on a time scale significantly faster than that of the pump rate, so that at the pump powers considered the pump is unable to keep both ions excited.

The Erbium-doped fiber component takes this effect into account when the user selects the inhomogeneous option for the ion-ion interaction effects parameter. In this case, the user has to specify the relative number of clusters (K) in the fiber and the number of ions per cluster (mk). Figure 4 shows an example of a doped fiber with K = 1.4% and mk = 2. 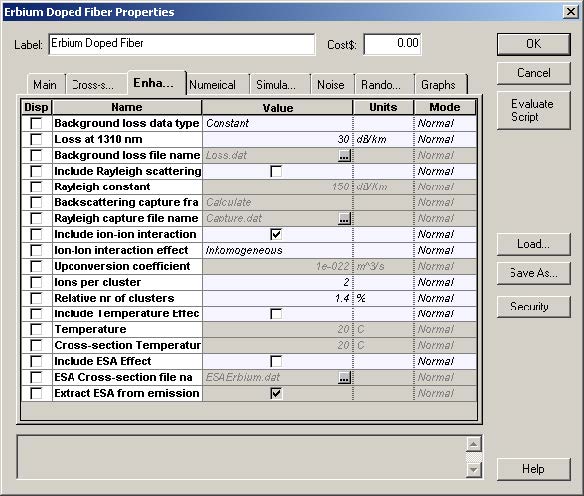 Simulations were done to demonstrate the influences of the PIQ in the performance degradation of an EDFA. The parameters of the fiber and the system layout used in the simulations are shown in Figure 5. This system is prepared to assemble the curve signal gain at 1530 nm versus pump power. The input signal power is kept at -20 dBm and the pump power at 980nm is varied from 2mW to 50mW.

Figure 5: System layout used to analyze PIQ in an EDF

In these simulations, all fiber parameters are kept constant except for the relative number of clusters, which is different for each curve. Three curves were obtained in the simulations to demonstrate the decrease in the pump efficiency. Figure 6 shows the gain reduction for two values of relative number of clusters (K = 10% and K = 20%), compared to a fiber without PIQ (k = 0). 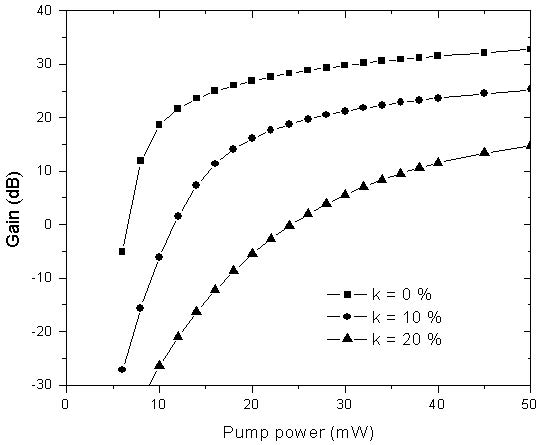 Figure 6: Amplifier gain at 1530nm vs. input pump power, as a function of the relative number of clusters

The simulations results show a high degradation in the performance of an EDFA due the effect of pair-induced quenching. This result agrees well with the results demonstrated in [1].