This lesson demonstrates the particle-like nature of the solitons through some basic features of their interactions.

The fundamental optical soliton propagates (see “Self-phase modulation and group velocity dispersion” from the Tutorials) undistorted due to the exact balance between the nonlinear (SPM) and dispersive (GVD) effects. Thus the soliton propagates as a “particle” (i.e. maintains its shape) rather than as a linear wave packet.

The particle-like nature of solitons manifests itself clearly through the interactions between neighboring solitons. Soliton pulses remain unaffected after interacting with each other. Besides, soliton interaction is phase-sensitive. In-phase solitons “attract” π – but out-of-phase ones repel each other. The intermediate cases (phase difference between zero and π) pertain to an initial attraction followed by repulsion.

When two identical, in-phase solitons, separated in time by T, interact with each other, the time separation between them evolves periodically and the period (the collision length) given by the inverse scattering theory [1] is:

The dispersion length is then:

With time separation of 75 ps chosen here from Equation 1, we see that the collision
length is Lcoll ≈  782km.

To demonstrate the periodic behavior of soliton interactions we create the following layout (Figure 1). 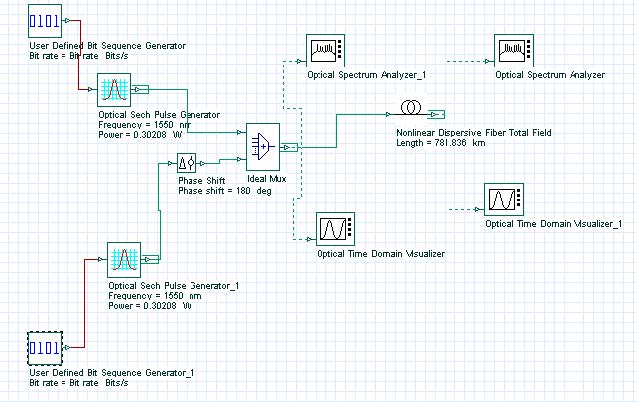 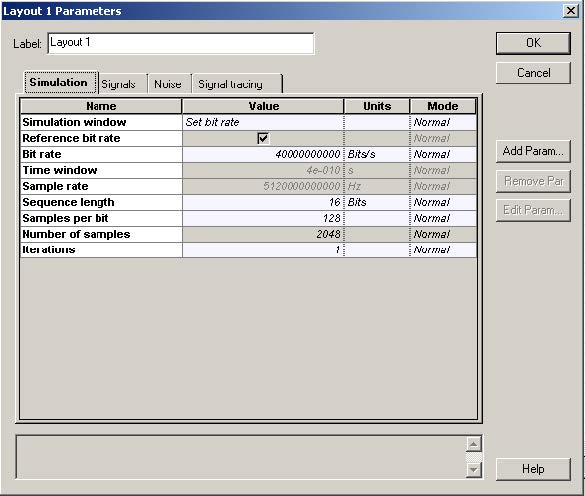 To achieve the necessary accuracy we use the iterative implementation of the split-step Fourier method (Figure 2). 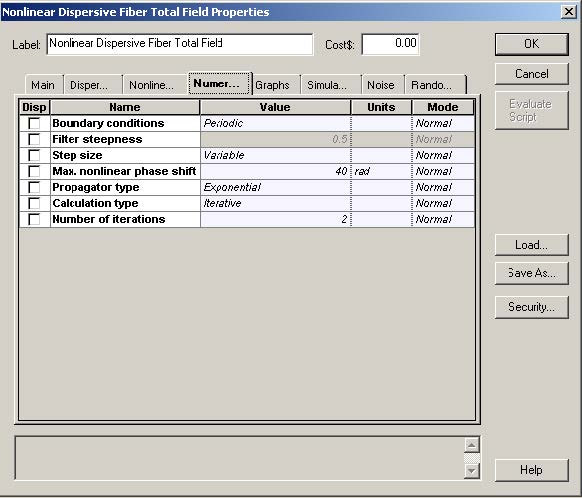 At first we consider interaction between two identical in-phase solitons. In this case they form a bound pair.

This picture repeats itself with further propagation with the initial configuration being restored at fiber length equal to multiples of the collision length. 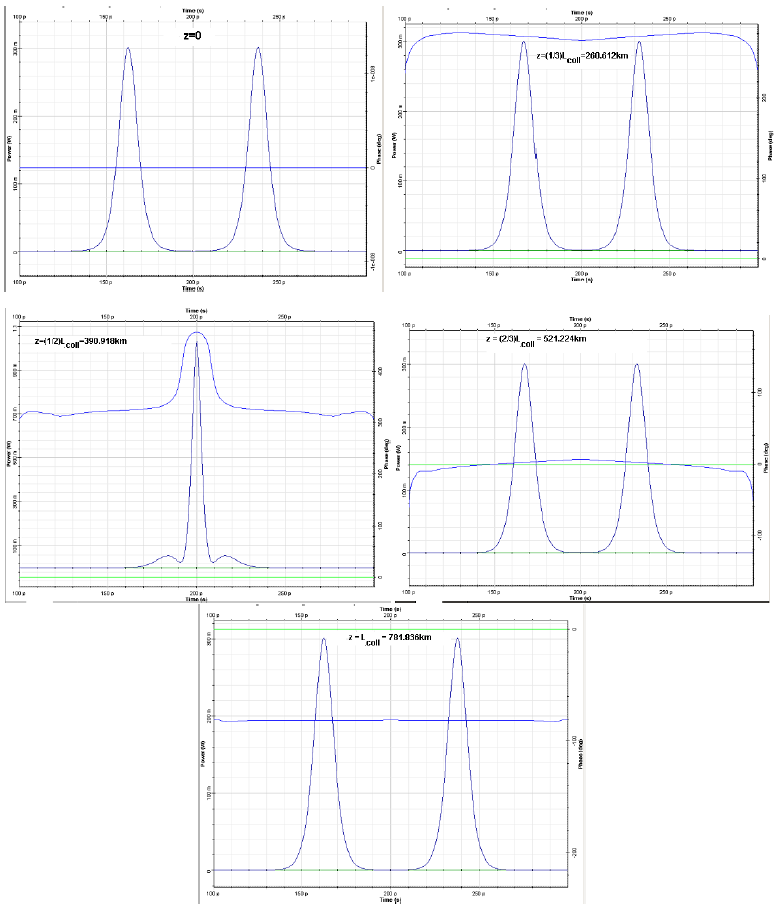 Figure 3: Interaction between identical, in-phase solitons within one collision length

The second case we consider is an interaction of an π out-of-phase soliton pair. In this case the time separation TZ after propagation in a fiber with length equal to z can be obtained by treating the interaction as a perturbation, an assumption that is valid in the case of weak overlap between the neighboring solitons [1]. The result is:

Figure 4: Interaction of identical, π-out of phase solitons. Repulsion is evident.

Table 1 compares the results obtained from the perturbation theory, (Equation 1), and those calculated using the layout shown in Figure 1. A good agreement between both is observed. 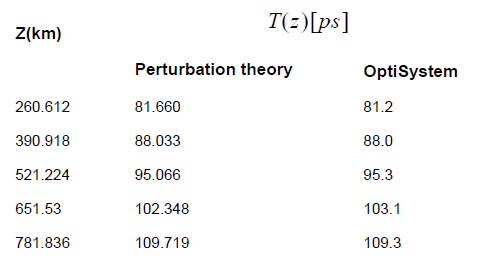