The objective of this lesson is to demonstrate a distributed Raman fiber design.

Initially, the system described in Figure 1 was designed.

The system consists of 64 channels at 10 Gbits/s propagating for a 50 km SMF-28 fiber. The attenuation in the fiber is compensated by the Raman amplification due to the 4 backward laser pumps launched in the input port 2. 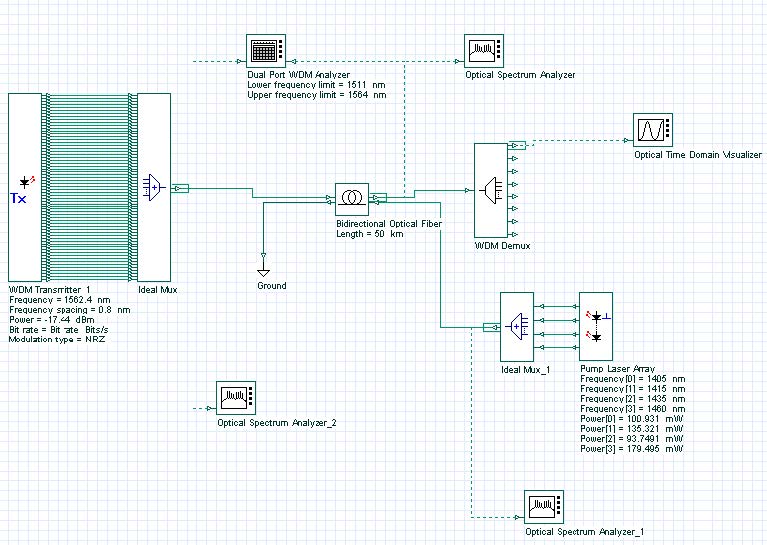 There are 4 pumps and the pump powers and wavelengths were chosen using the optimization tool and the Raman Amplifier-Average power model instead of the Bidirectional Fiber to guarantee a faster optimization. 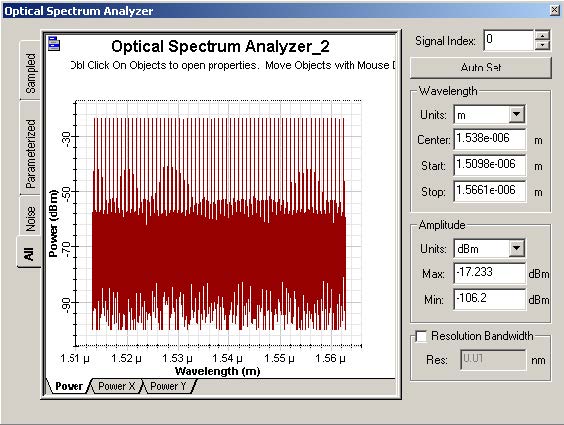 After simulating the system, the output spectrum is shown in Figure 3. 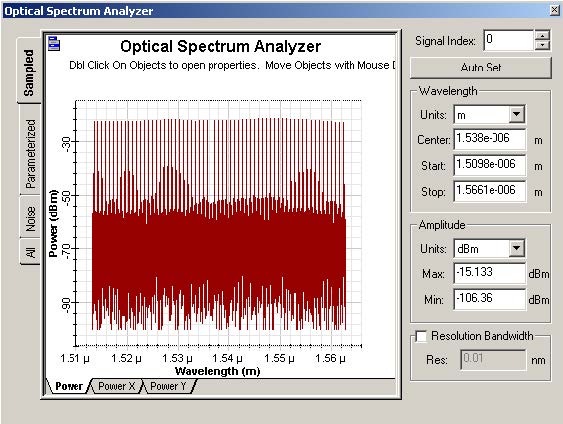