In this tutorial, we demonstrate the simulation of a VCSEL Array circuit that contains an array of Vertical Cavity Surface Emitting Lasers (VCSEL) which exhibits temperature dependent effects. 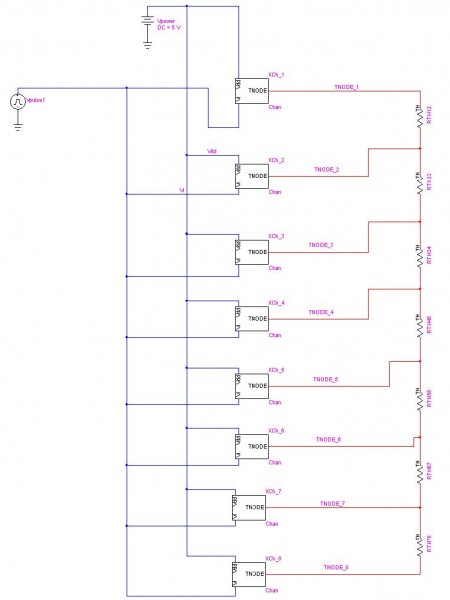 This circuit contains an array of eight VCSELs. The top level schematics contain eight subcircuit block representing each VCSEL channel. VCSEL in each channel is driven by the pulse voltage source Vpulse1 and the DC power for each channel is provided by DC voltage source Vpower. The Vpulse generates a pulse with initial value of 1.25 V and a peak value of 3.75 V. After the one pulse it remains at the initial value of 1.25 V.

Thermal conductance between adjacent channels are set by the thermal resistors RTH12, RTH23, RTH34, …, and RTH78. The thermal resistances of these resistors are given by the user defined global parameter CROSSRTH which is defined to be 500 K/W. 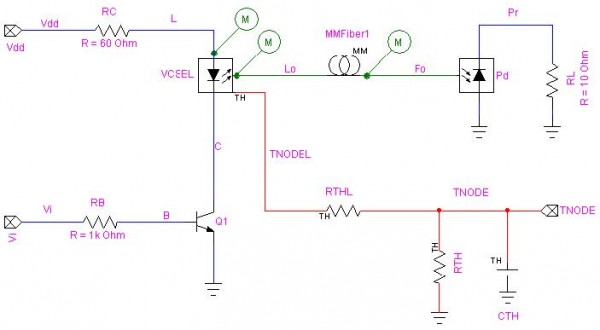 The device symbol for the VCSEL is from Laser – Thermal device from OptoElectronic library. The VCSEL operates at the wavelength of 863 nm (347.384 THz). The model parameters for the VCSEL are obtained based on the parameters provided by [1].

The VCSEL is connected to the photodiode Pd via a multi-mode fiber, MMFiber1. When a pulse voltage is applied to Vi at the base of the bipolar junction transistor Q1, the laser current will start to pulsate and as a result, the VCSEL will have a corresponding response in the output power. The Q1 also has temperature dependence and TNODE is given as its external temperature node. Due to the thermal network and the difference in RTH value for each VCSEL channel, a variance in VCSEL current and output power between each channel can be expected.

Probes are placed on the subcircuit block for VCSEL current, VCSEL optical output, and optical output after fiber. This will produce three probes for each block and as a result simulation has to produce output for 24 probes.

Transient analysis for this circuit is performed for 5 ns time period.Figure 4 shows the VCSEL current for channels 1, 2, 5, and 6. Figure 5 and Figure 6 show the optical output power for those channels at the VCSEL and after the MMFiber1.

As you can see from the graphs, due to the temperature effects modeled using the thermal network, current and the output power vary between each channels. 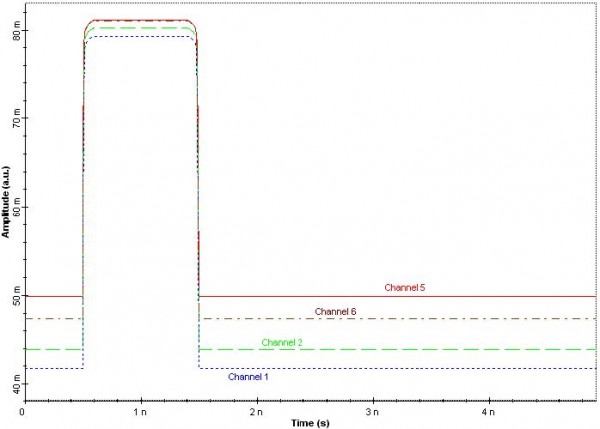 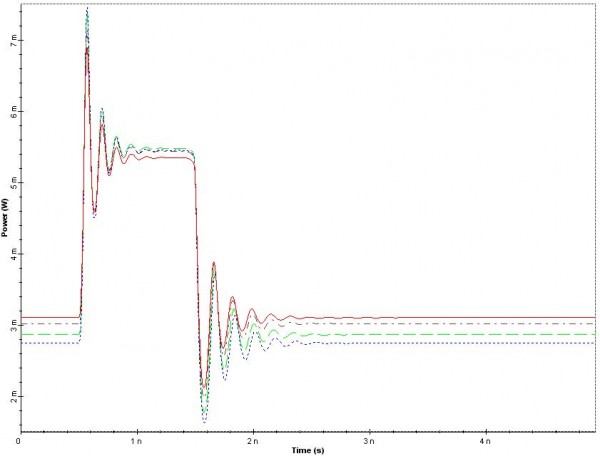 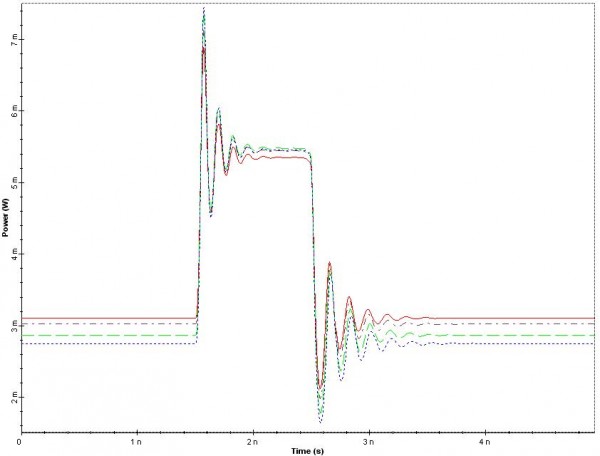