Channel Switching Based on MEMS

In the above opto-electronic circuit, we have simulated the switching between two optical channels (193.1 THz and 192.75 THz) at the receiver end of the system by using active MEMS filters. The physical structure of the MEMS based filter is presented in the figure below. The filter consists of three elements: two Bragg diffraction mirrors formed by alternating layers of Silicon (N = 3.5) and Air (N = 1.0) and central air gap that can be changed in size by moving one of the mirrors. The active filter is implemented using the Multi-layer Filter – Explicit component that allows voltage dependent indices for all layers. 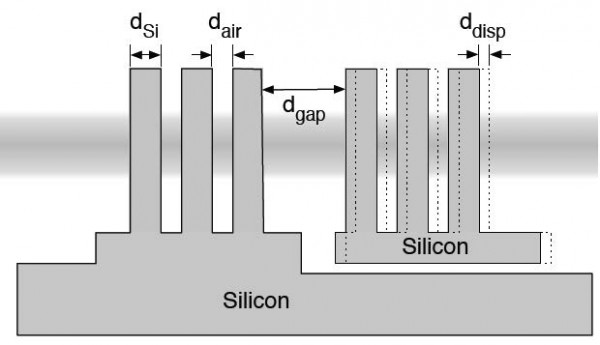 The following results show a 40ns transient simulation for the opto-electronic circuit. The top plot shows the two input bit-streams for the two channels (black line – channel1, red line – channel 2) that are initially transmitted. The next plot shows the multiplexed optical channels spectrum before the splitter component.

The displacement in the filters dgap was modified in time by controlling the voltage Vd and VL to create a linear transition in the filter characteristics. Filter 1 initially selects the data stream from channel 1. At t

20 ns the control voltage is changed in a way such that the optical channel 2 is selected. The inverse procedure happens to filter 2, where it initially selects channel 2, and at t = 20 ns it switches to channel 1. 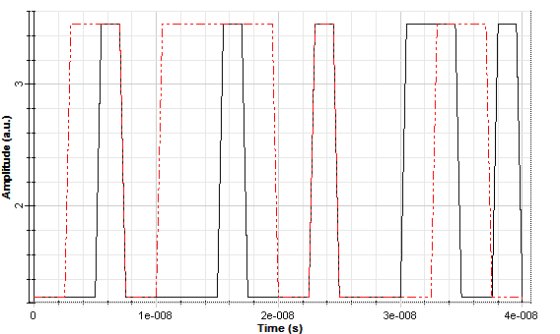 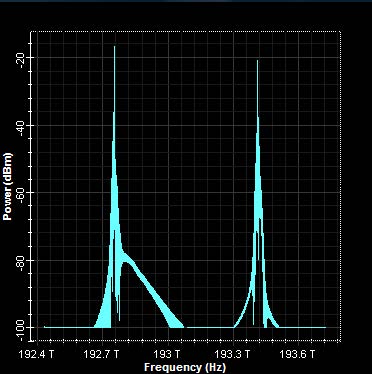 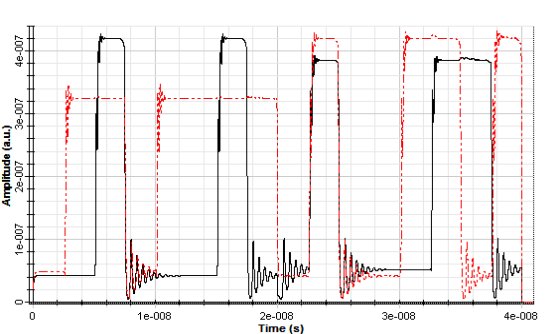