The second category is very close to the previous one. The structure on the figure below is another arrangement of the simple MZI. There are two crucial items on this example. First, the path difference is relatively big, what was designed by a circular loop instead of a primitive arc as done in the first example. The second item appearing rather crucial when BPM would be considered as the simulation tool, is – the input and output ports are mutually in perpendicular directions. As the final remark, the so- called dead space again occupies the majority of space in the simulation window (see Figure 4). 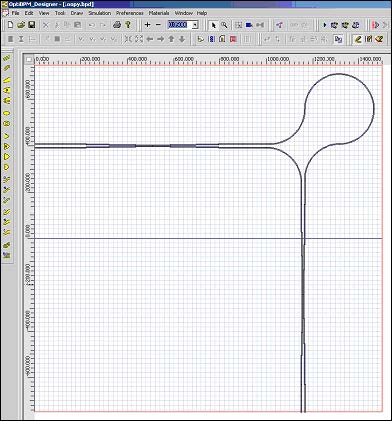