The diffusion of Magnesium dopant into the Lithium Niobate host induces negative index changes. The process starts by deposition of a stripe Magnesium source, usually the oxide of Magnesium, onto the Lithium Niobate crystal. The sample is then heated for several hours, similar to the Titanium diffusion process. Formally, the resulting refractive index distribution can be modeled using similar formulas, so all parameters have the same meaning in both cases. However, the default parameters are different.

The major differences between the Ti and Mg diffusion processes:

•     Magnesium distribution constants are negative in contrast to positive values for Ti diffusion. From the literature data, the constants are approximately one order of magnitude larger than those for Titanium diffusion.

•     The power distribution factors for the Magnesium process are the same for ordinary and extraordinary indices and equal to unity in contrast to Titanium process. 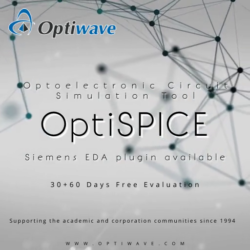