We consider a planar waveguide where x and z are the transverse and propagation directions, respectively, and there is no variation in the y direction ( ∂ ⁄ ∂y ≡ 0 ) .

Furthermore we consider that the planar optical waveguide with width W is surrounded by PML regions with thickness d as shown in Figure 3. 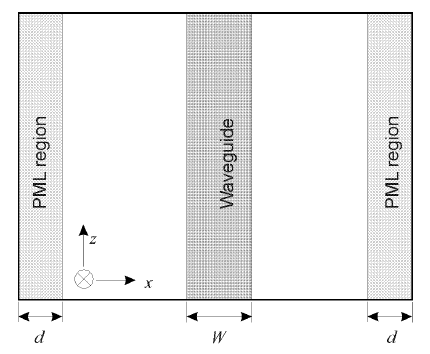 With these assumptions and transversely-scaled version of PML, as defined in “Perfectly Matched Layer (PML)” on page 26, we get the following basic equation from Equation 35:

where Ey  and Hy  are the y components of the electric and magnetic fields respectively, ω is the angular frequency, ε0  and μ0  are the permittivity and permeability of free space, respectively, n is the refractive index, k0  is the free-space wave number, and the parameter s is defined by Equation 45.

By substituting Equation 49 into Equation 46, we obtain the following equation for slowly varying complex amplitude φ :

To obtain the field solution at each cross section we discretise Equation 50 using Finite Differences scheme along x – direction [23] – [27].

Formally, we have from Taylor expansion:

Thus, for TE modes we get

By substituting Equation 55 and Equation 56 into Equation 54, we get:

Therefore, we can rewrite Equation 50 for TE modes as

For TM modes we have:

Applying FD scheme in the third term of Equation 63 we obtain:

For small h one has: 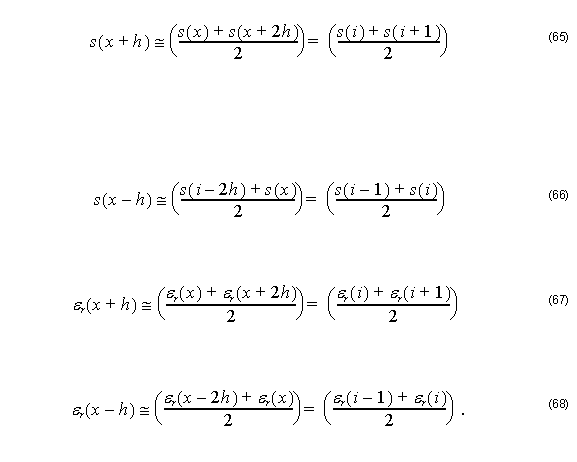 Thus, using FD scheme into Equation 50 for TM modes, we get: 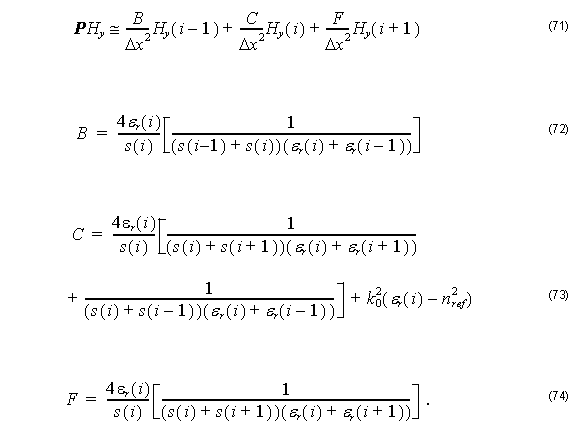